A musical trip to the Deep South by Judy Lewin

Please feel free to read on and we hope you will feel inspired by this wonderful adventure of Sound Escapes’ Judy Lewin.

“Most of my knowledge of country music was gleaned from Dolly Parton & Kenny Rogers’ appearances on Top of the Pops, and so I thought I knew what to expect from Nashville. We came straight off the flight from the UK to the famous “Grand Ole Opry” show and were worried about the effects of jetlag, but we shouldn’t have been. This is a live radio show running since 1925 and is now performed in its own venue which has become a virtual suburb of Nashville. I was surprised by the variety and quality of acts; country of course but also blue grass, soul and even a comedian. The Grand Ole Opry is a must-see Nashville institution and for us it turned out to be a fabulous introduction for what was to come.”

“Next day it was off to the Country Music Hall of Fame. This huge museum charts the history of country music from its settler roots to modern times and has displays and memorabilia of all the big stars. Plus there is the hall itself, where plaques are hung to celebrate the best and brightest. To do this complex justice you would need at least a full day but with time running out we headed to Studio B, which is where Elvis’s first hit was recorded and many other artists followed suit. Our guide had lots of interesting stories and showed us many of the original instruments used in records which included Dolly Parton’s Jolene as well as over 200 hits from “the King”.” 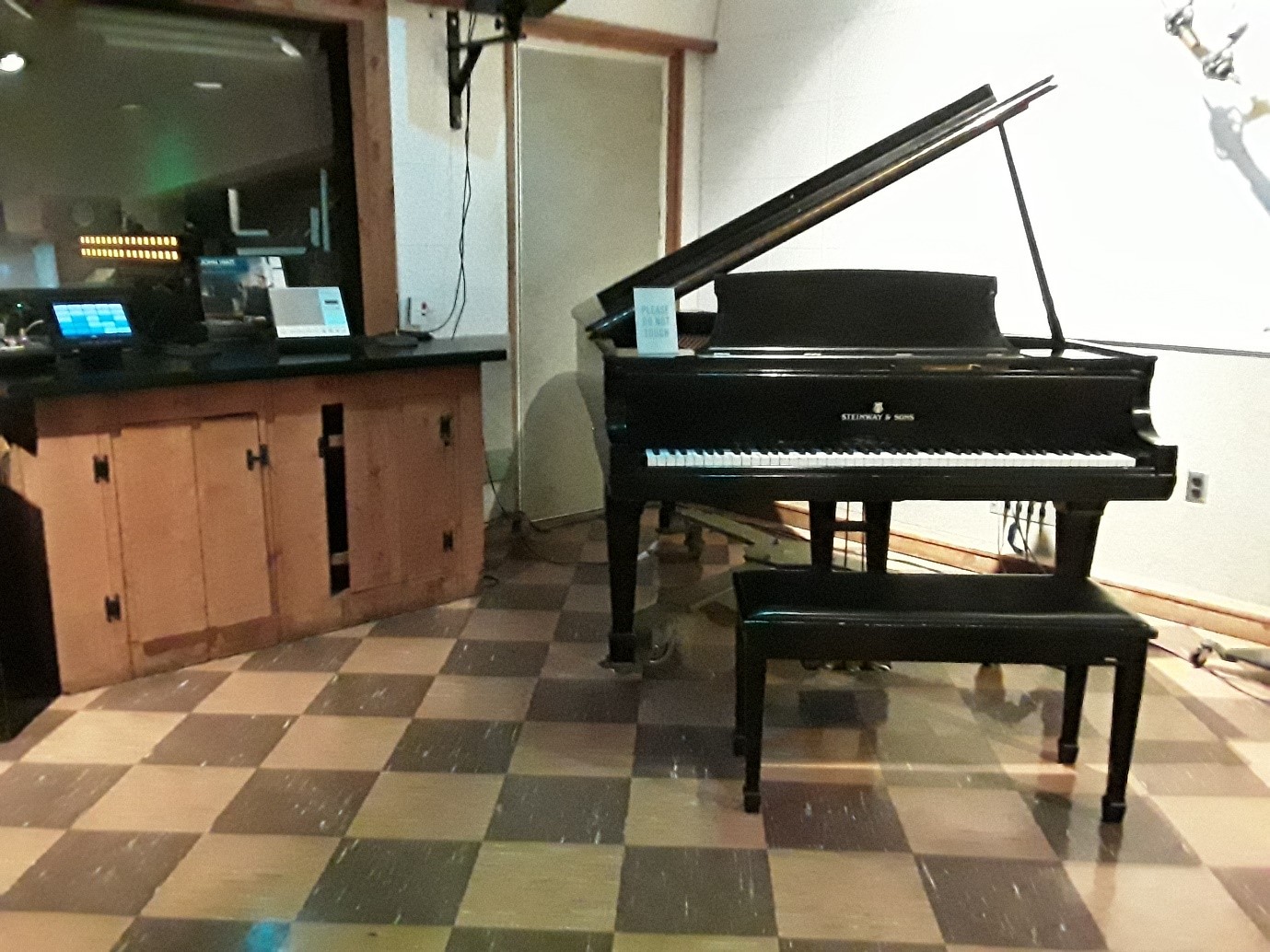 Studio B’s original Steinway piano, and a cupboard broken by Elvis in a rare fit of temper

“Driving around the area it becomes apparent what an important industry music is to the city; not just studios but all the necessary accompanying industries (hotels, solicitors, plastic surgery…)

We later looked in on the Ryman Auditorium, a beautiful old red-brick venue built for religious meetings, but hired out to musicians in order to raise funds. Here was the setting for the original Grand Ole Opry and later entertainments such as the Johnny Cash Show – should we have had more time we could have been treated to a concert that evening by the Four Tops, but Nashville’s Broadway beckoned. This street was jam packed with live music venues all competing for trade, and for some reason hoards of partying women.

Just off the strip we stumbled across an open mike bluegrass night where locals sang and played guitars, fiddles and banjos. The party never stops in Nashville but sadly we had to move on.” 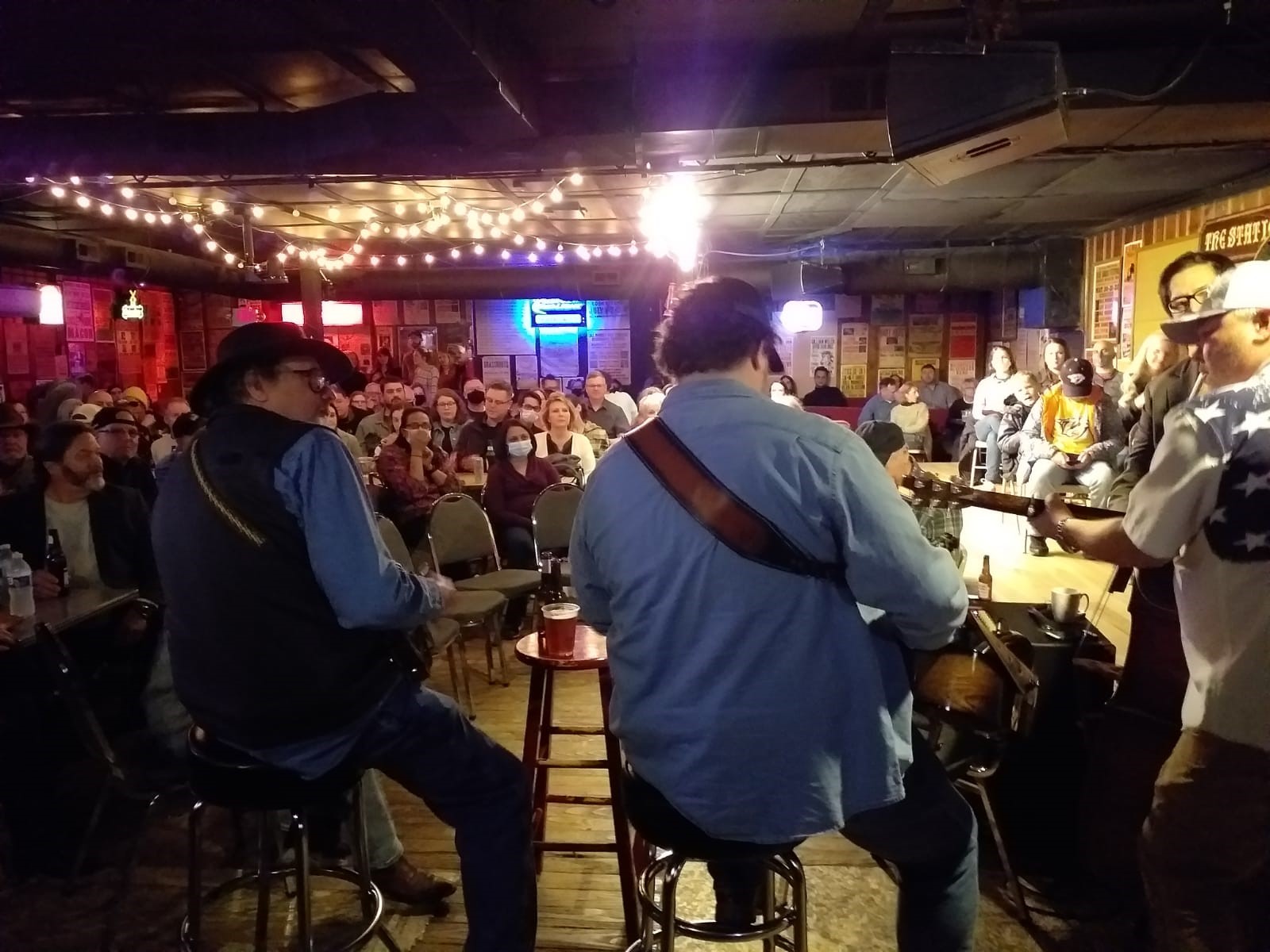 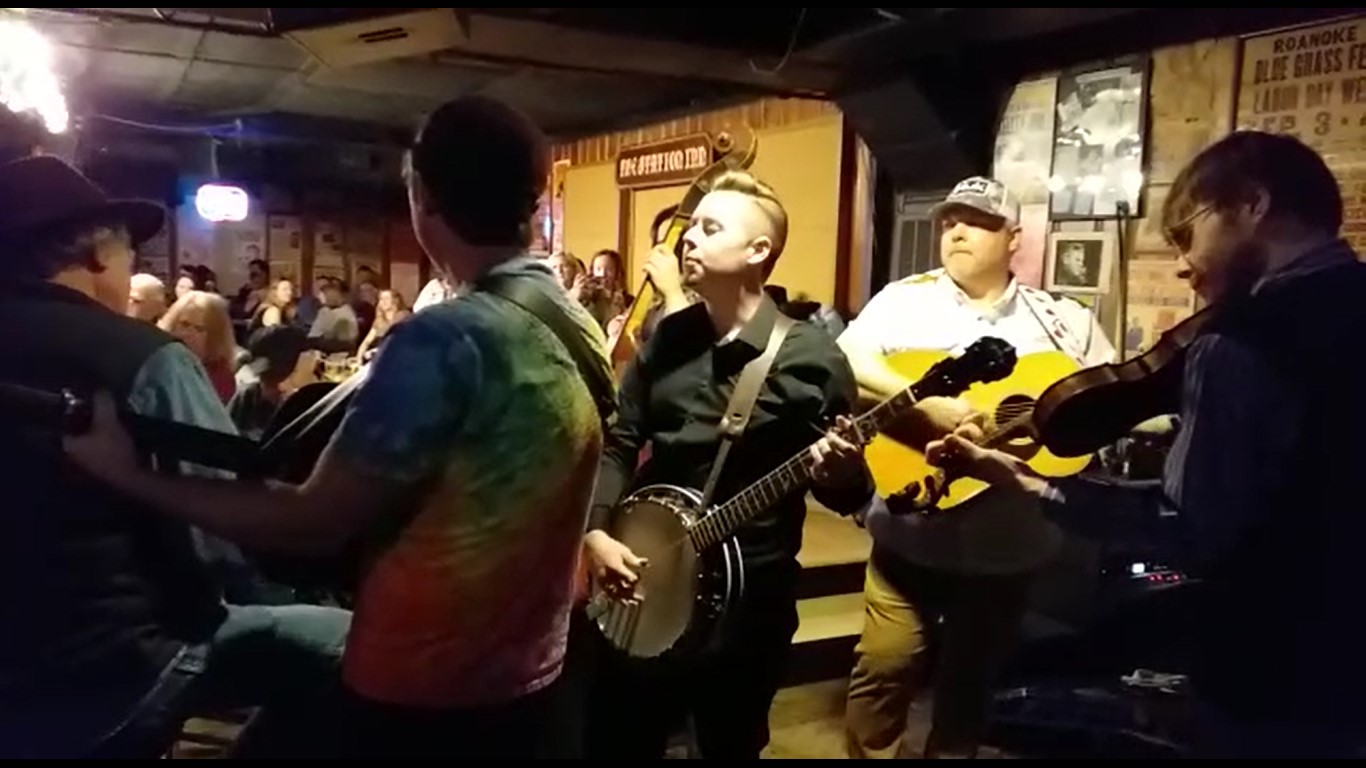 “Life moves at a slower pace in Memphis. Despite being in the same small state of Tennessee, the music and the culture feels a world away. Situated on the Mississippi River the surrounding fields grew cotton requiring hard labour from slaves and later share croppers. Music was a form of escapism and to this day the area is dotted with Juke Joints providing no frills venues where you can hear old style blues. Memphis has its own “strip” at Beale Street where bars compete with each other to attract patrons to their musical offerings. The city has many other attractions, including Sun Studios, Stax records museum and the bizarre but charming march of specially trained ducks at the Peabody Hotel.”

“We also made time for the extensive and sobering National Civil Rights Museum plus a smaller house & museum called Slavehaven, which was a stop on the “underground railway” where escaping slaves could hide out on their perilous journeys north to freedom.

But the best known draw for tourists is on the edge of the city – Elvis’s home of Graceland. For many it’s a pilgrimage site, deserving of at least a full day plus a stay in the attached hotel. The house is relatively small, but interesting to all not least for some for the eye-watering 1970’s décor and following that there are the extensive museums to explore containing cars, costumes and planes. Graceland is also very welcoming to music groups from around the world (and you don’t have to play Elvis!) who are usually sited at the main entrance in front of the ticket office.” 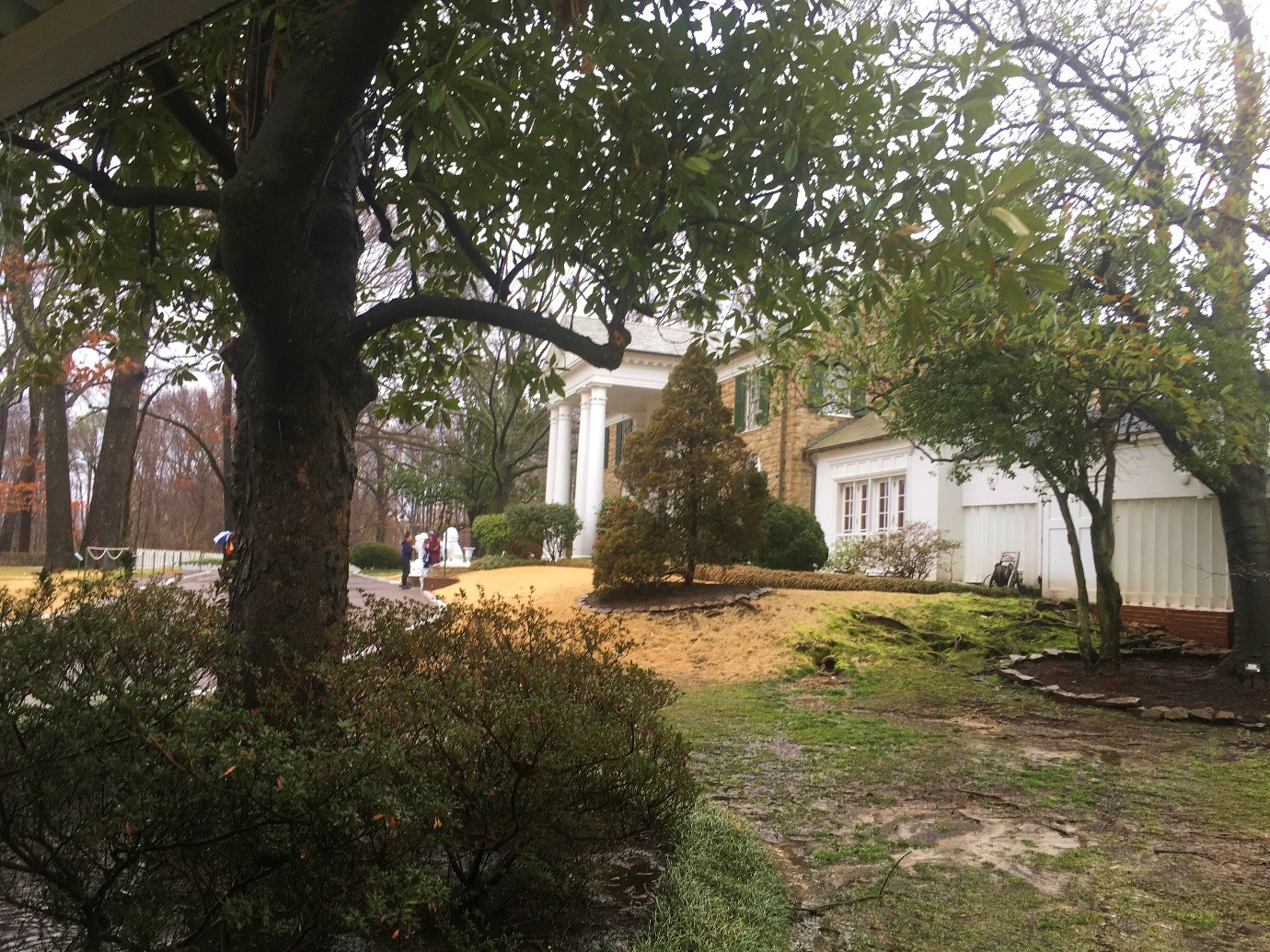 “The Deep South on arrival is no place for anyone on a diet – fried chicken, barbecue pork, grits and “biscuits and gravy” (fortunately not what it sounds like) were some of the offerings. But later we did manage to find little gems of independent cafes and diners when the fruit and vegetable cravings got too strong.

It’s difficult to believe the locals could need more live music but away from the tourist honeypots of Beale Street Memphis and Nashville’s Broadway there are in fact many welcoming opportunities for music groups in the small towns of Tennessee. Each has its bandstand and southern hospitality is famous. The locals simply love live music, of any genre. After all, it was the fusion of black blues with white folk that changed the soundtrack of the last century.” 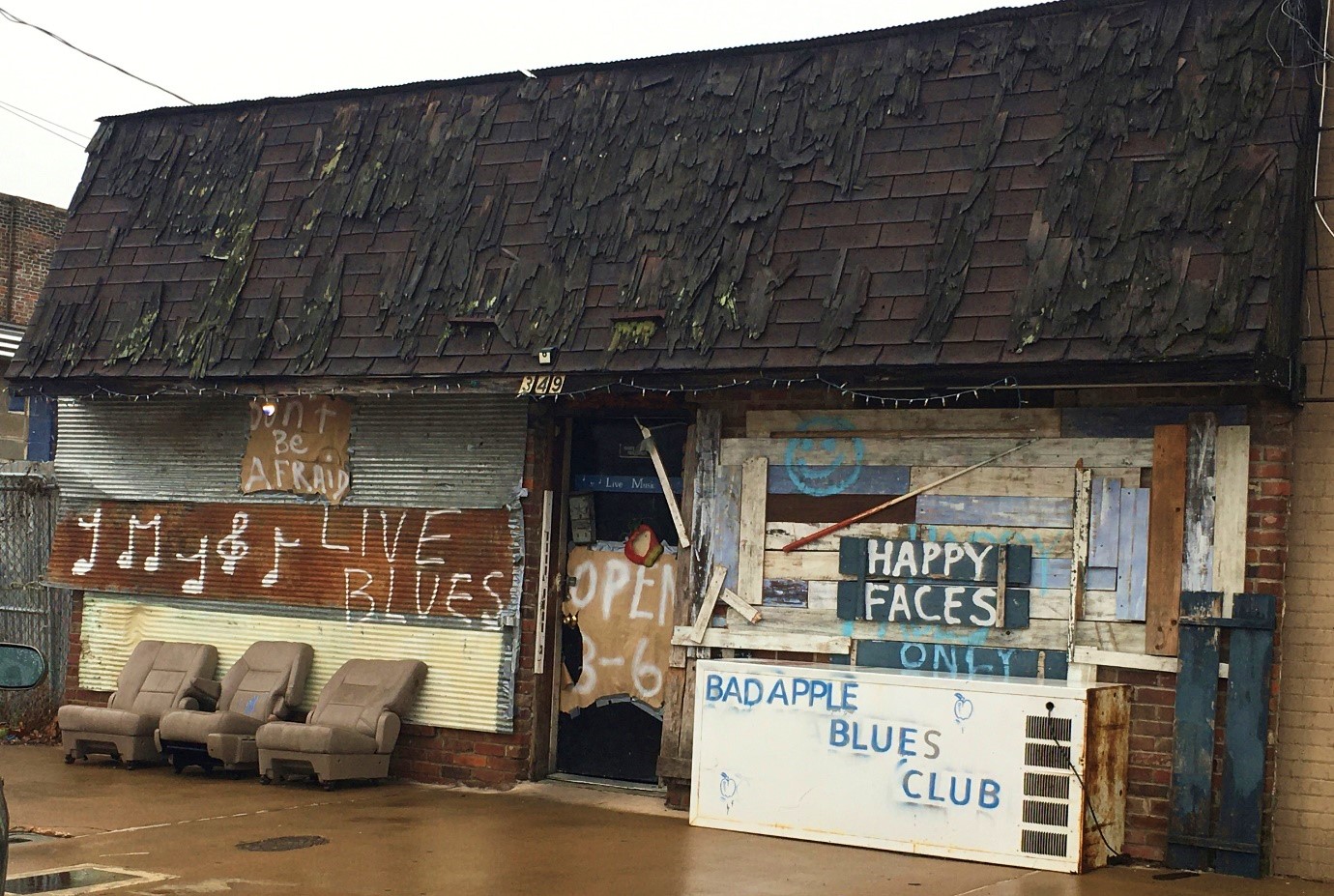 “Tennessee is one of the smaller states in the USA, but its contribution to music is out of all proportion to its size. From Appalachian bluegrass, through Nashville country to Memphis blues and with an appetite for live music of any kind a performance tour here would be something to treasure.”

Maybe one day Sound Escapes UK will take on the USA!