Courage Choir trip to the Isle of Wight

For our second tour of the Autumn, we went to the Isle of Wight with the brilliant Courage Choir! 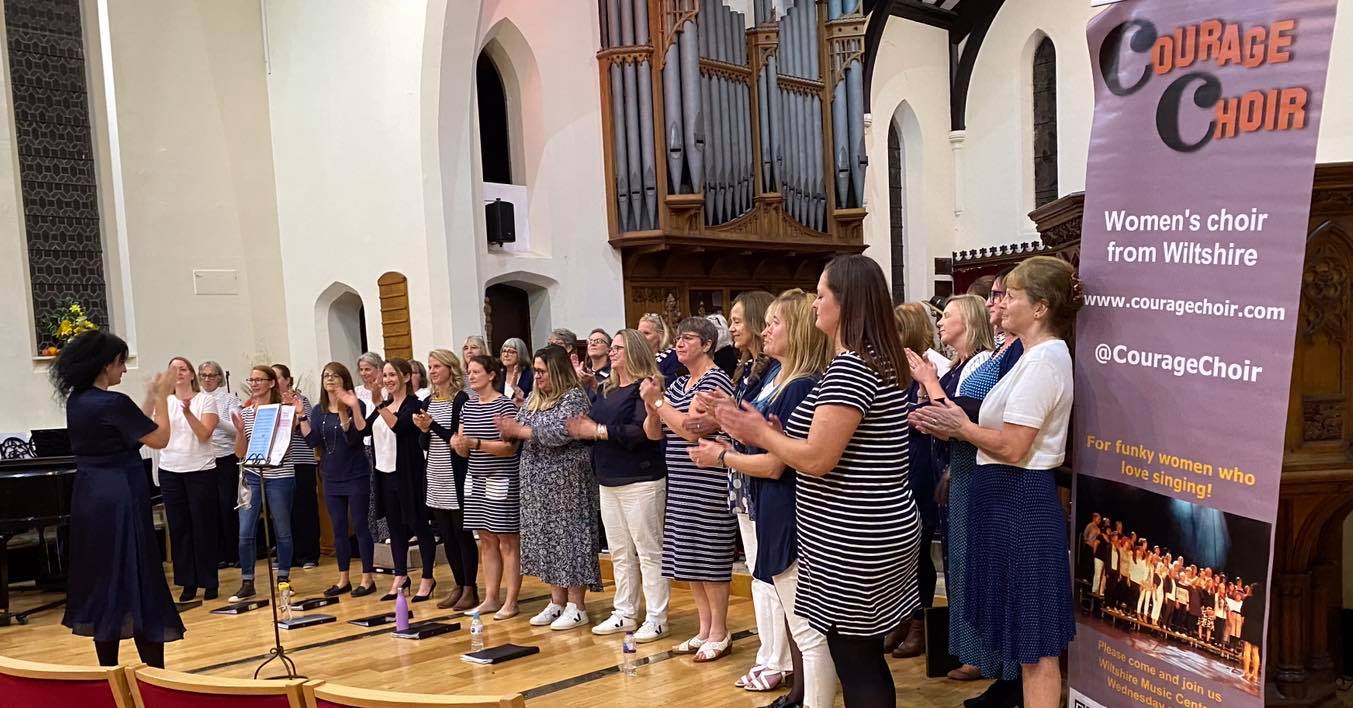 We departed from Bradford-on-Avon on the coach bound for Southampton where we would be getting the ferry over to the Isle of Wight. Once arrived in the very sunny Isle of Wight we headed straight for lunch at the scenic Hideaway Cafe before Courage Choir’s first al fresco performance in the courtyard at Springfield Retirement Home. The staff and residents were so welcoming and were delighted by Courage Choir’s performance, the first live music they have heard for over two years.

After the concert it was time to go to the hotel to get ready for a delicious 3 course evening meal hosted by Andy, who became a firm favourite over the weekend with his entertaining manner.

Day two began with a special Kitchen Dancing meets Sound Escapes dance workshop (led by Jo) which was great fun to kick off the day and culminated in our grand finale Showstopper routine to the very rousing ‘Before The Parade Passes By!’.

For the morning, there was an optional excursion to Quarr Abbey to visit the gallery, gardens and grounds and Osborne House, Queen Victoria’s holiday residence. In spite of the rain, several members of the group went into Shanklin for the afternoon to leisurely explore shops and brave the beauty of the coastal paths. It was then time to get back to the hotel for a meal and then prep for the second concert, and evening performance at St Catherine’s Church in Ventnor.  The performance began at 7pm and Courage Choir were in top performance mode, the audience just loved it!

Sunday morning was time to check out of the hotel and load the coach with luggage, but not departing for home before one final performance. An morning concert at the incredible Needles Landmark Attraction, also home to the world famous rocks ‘The Needles’, the colourful Alum Bay  and Lighthouse. The trip could not have ended on a better note (literally!). 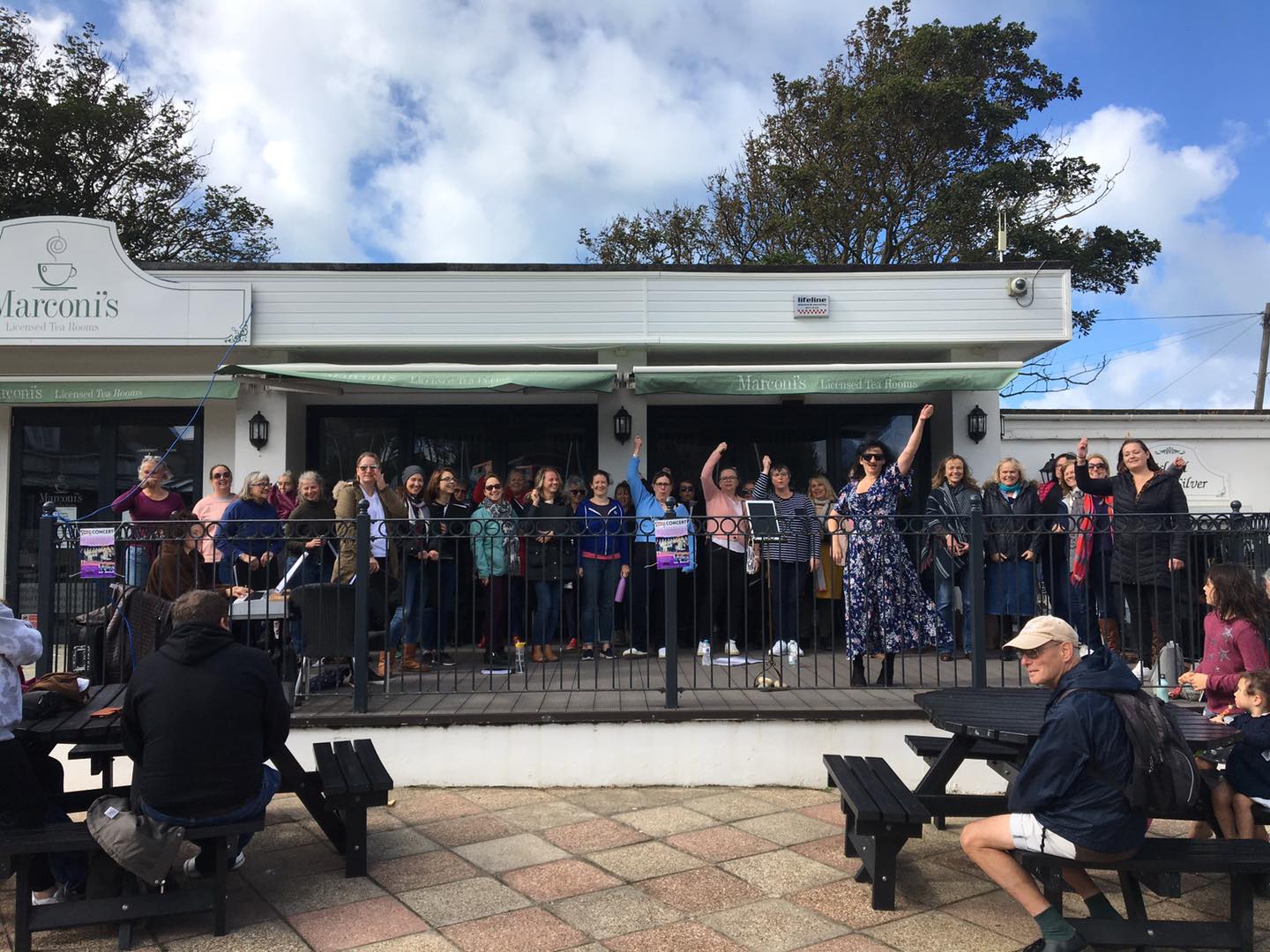 It was time to say goodbye to the Isle of Wight but the spirit and excitement of the weekend was not going anywhere. It was such a long-awaited tour, being pushed back multiple times, so it was brilliant to finally bring it to fruition.

Testimonial:  ‘Just had a fantastic weekend away with Courage Choir, all organised by the lovely Jo from Sound Escapes. Everything was so well organised and fun. If you want a well planned, good value, fun, relaxed trip then I would highly recommend Sound Escapes’ – Maggie, Courage Choir.