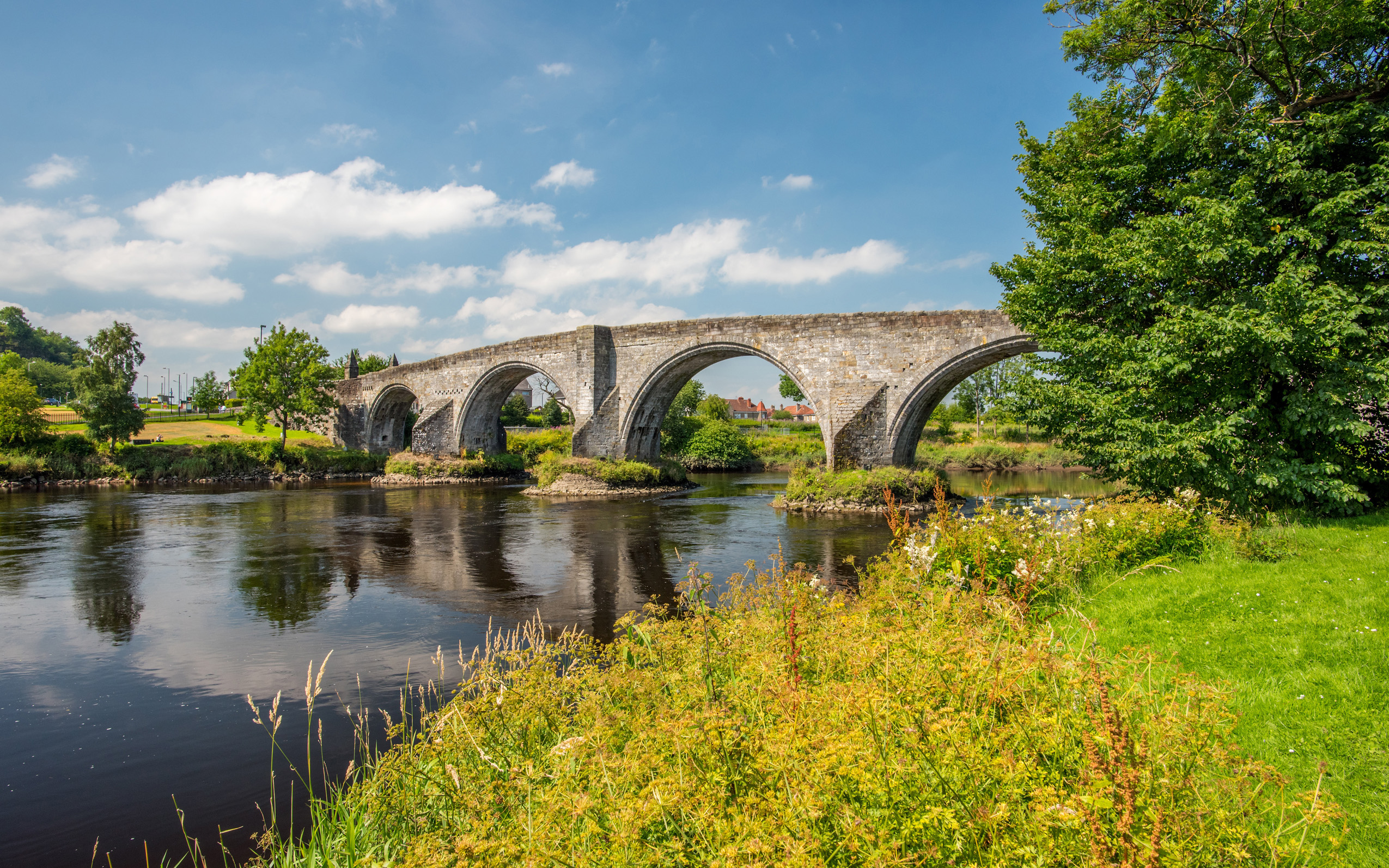 Stirling, the ancient capital of Scotland lies at the heart of the nation’s history as the former seat of Scottish royalty.

To the west, lies Loch Lomond and the Trossachs, the ‘Highlands in miniature’ encompassing a romantic expanse of sparkling lochs, crumpled hills, sleepy forests and welcoming villages.

Look out from the hill-top esplanade at Stirling Castle and take in views of the city and surrounding areas, just as kings and queens of Scotland have done before you. Spot the winding River Forth and the prominent National Wallace Monument on the edge of the rolling Ochil Hills before looking north east for the mountain peaks of Loch Lomond & The Trossachs National Park. The streets of the old town all wind upwards towards the magnificent Stirling Castle, 250 feet up on its craggy rock, dominating the surrounding landscape and one of Scotland’s most historically important sites as well as the favoured residence of the Stewart kings and queens who held grand celebrations here.

The tranquillity and beauty of Scotland shines in all its glory within the Loch Lomond and Trossachs National park. Take a steamship cruise, gliding past stunning Trossachs landmarks to explore this stunning area otherwise known as the ‘Highlands in miniature’. No visit to Scotland is complete without a visit to sample some fine Scottish whisky and the Famous Grouse Experience at Glenturret, Scotland’s oldest whisky distillery, can be found in the region.